It’s the second of November 2017, we are in Chiang Mai and excited for the annual Yee Peng (or Yi Peng) and Loy Krathong Festival. We met a Scottish and an American guy in our hostel (Gonkaew Hostel Chiang Mai, very nice place with free tea, coffee and toast the whole day, they even have free breakfast) and spent the day with them.

During Loy Krathong, people build small floating boats and release them on the river. I even made one myself in our hostel, they taught us how to build these little boats out of a trunk of a banana tree, banana leafs, flowers, joss sticks and candles. The women at our hostel told me that adding a hair to your boat is supposed to save you from bad luck.

Yee Peng is the famous lantern festival where thousands of people release floating lanterns into the night sky. It is magical! There are actually two different „kinds“ of Lantern Festivals, one is celebrated in the city and the other one is at Mae Jo University.
The second one is especially for tourists they told me and it costs about 80-100$. The festival we attended in the city, was completely free (besides the lanterns of course).

We went to a ceremony with lots of lanterns in the city and later went to the East Gate of the city, in order to get to the bridge across the river, where most people release their lanterns. It was magical to see all the lights rising into the sky and thousands of people celebrating.
In this post I am sharing with you the pictures I took at our first stop, in the second post, I will finally show you the other pictures I took at the bridge.
Hope you enjoy ♥️ 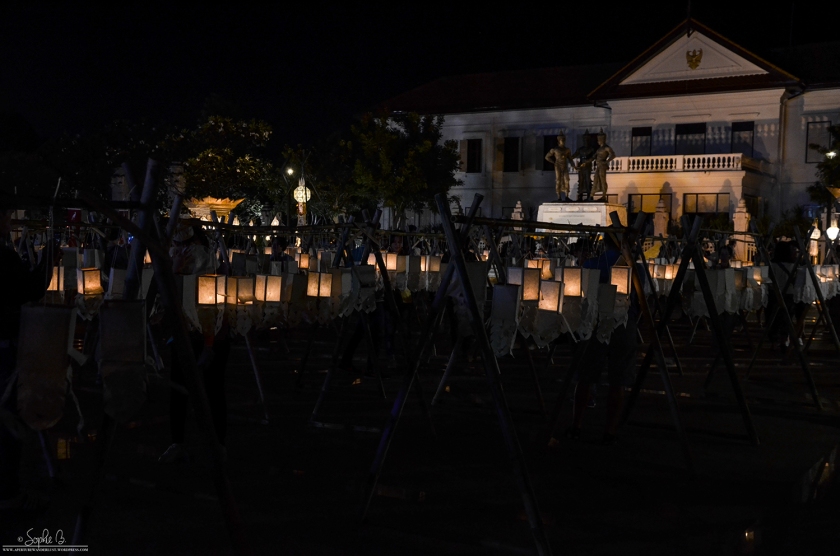 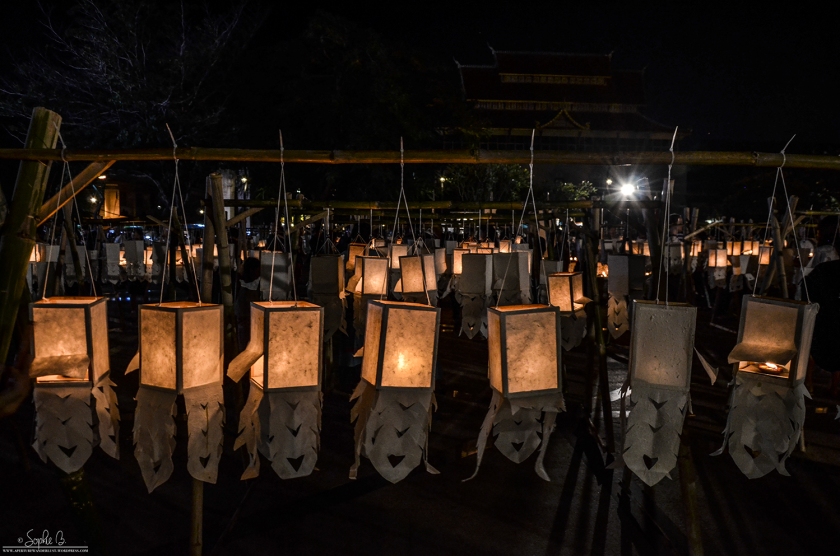 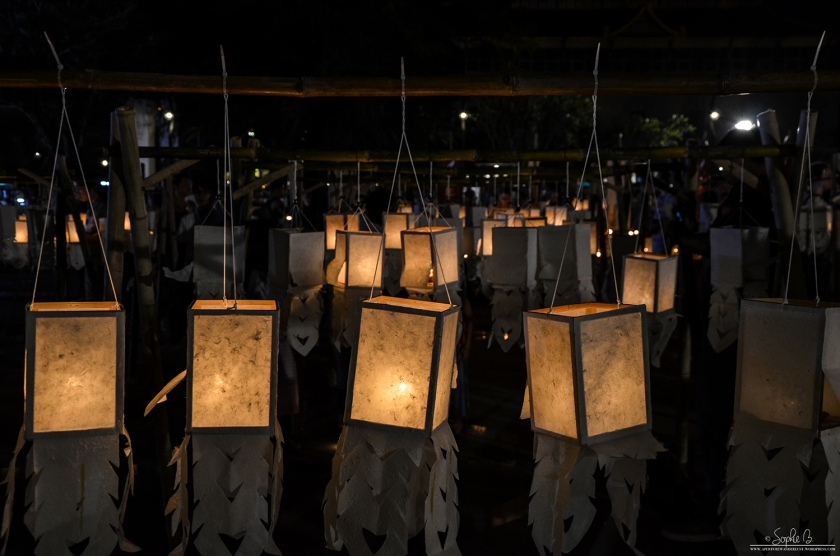 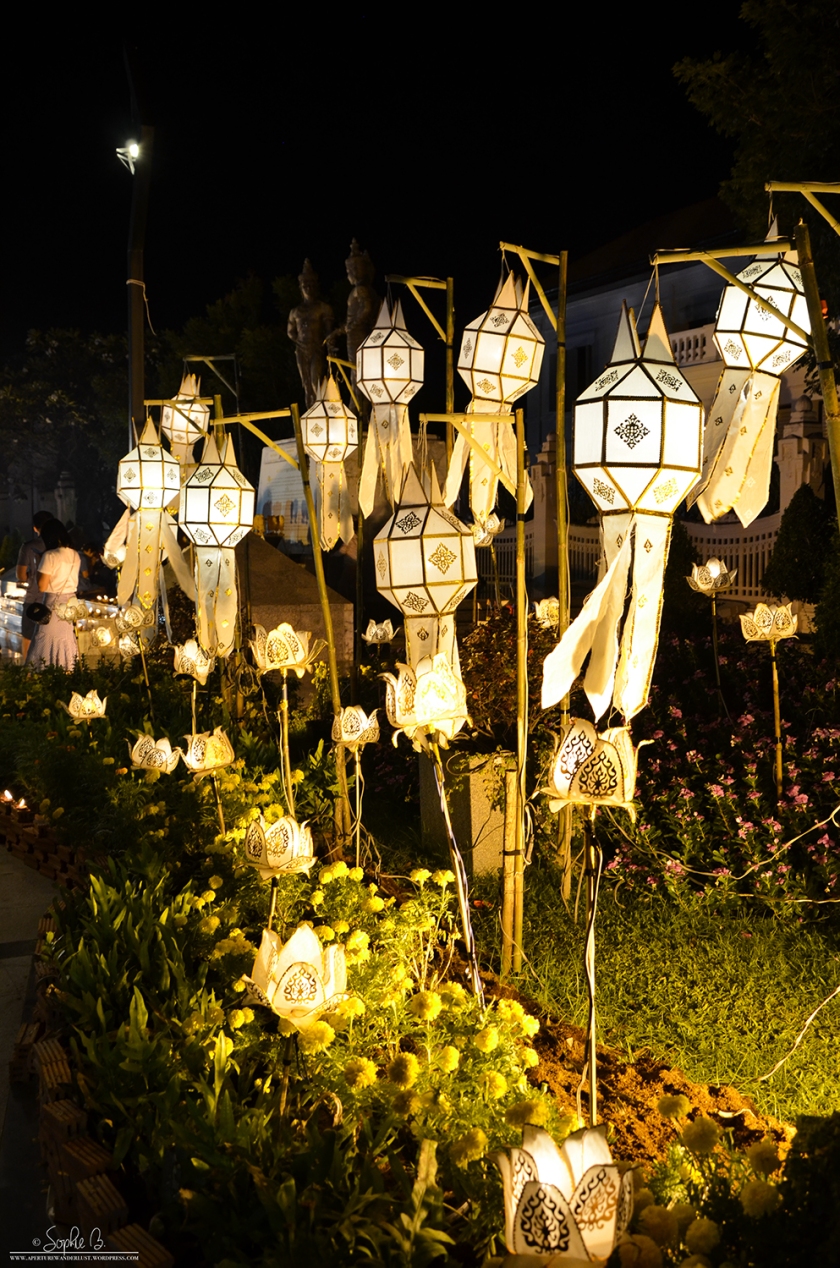