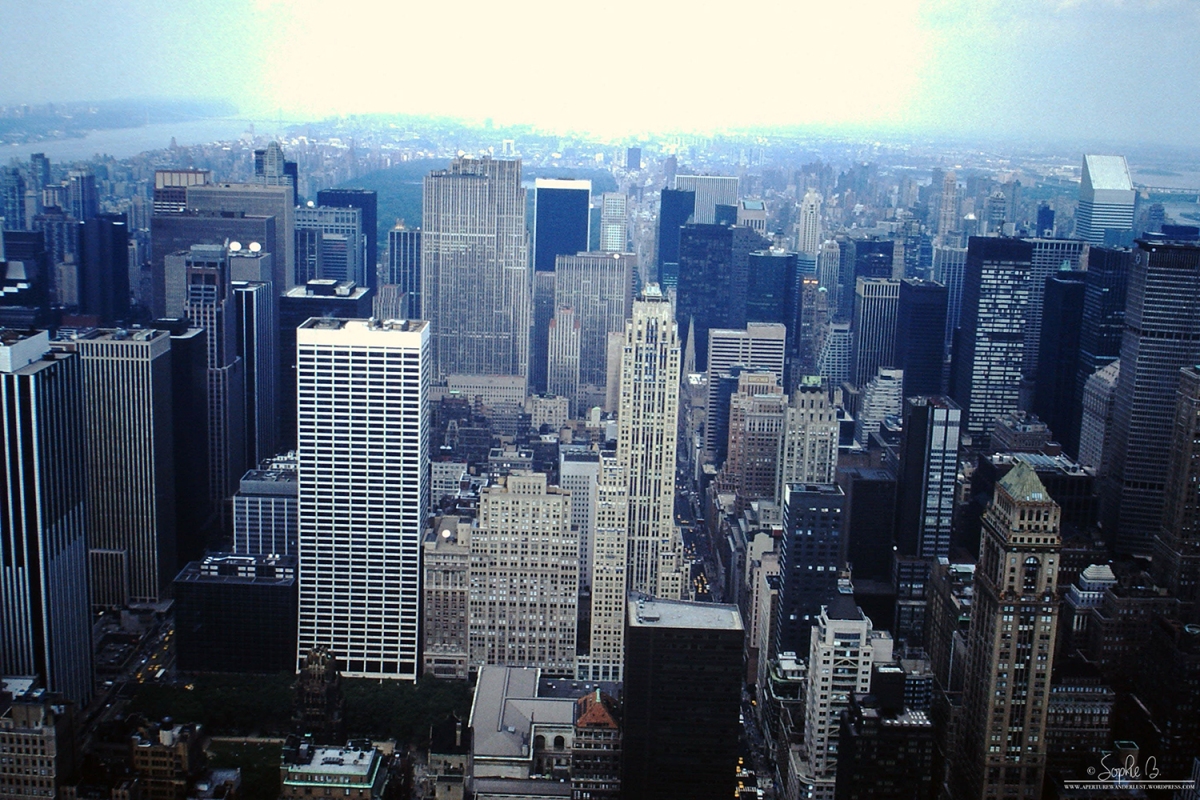 New York City is so far the greatest city I have ever visited. At the beginning of this summer I started my New York City blogpost series and today I would like to continue with a blogpost about my mothers New York trip.
In 1995 she traveled the United States with her best friend. They went to Memphis in Tennessee, went on a road trip in California and they spend some days in Boston and New York City. Stay tuned, she will probably write a blogpost about her road trip on my blog!

Anyway, she always promised me that we would go to NYC after my sixteenth birthday and that this trip would be my birthday present. However, we did not went to the USA together, since my school offered a field excursion and I took part in it.

Nevertheless, we both went to the same places in the city and it is amazing to compare our travel photographs. I hope you enjoy having a look at these vintage photographs, taken in 1995.

Oh Central Park. We both loved Central Park. I already told you in my second NYC blogpost that I really enjoyed my bike tour through the park. I can highly recommend renting a bike, we rented our bikes at Central Park Sightseeing.

Do you remember the pictures of Manhattan at night? My mother also climbed the Empire State building and took similar pictures but in broad daylight.

The Times Square and the streets that surround the world’s greatest advertisement space. In 1995 the Times Square was already so colourful, I wish I could go back to NYC very soon. Today there are so many great stores near the Times Square, absolutely counterproductive if you are trying to live a more minimalist life.

I hope you enjoyed this little time travel.
Stay tuned!

Pin it and don’t forget it!